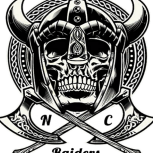 Originally this mod was started as just a minor upgrade to the bruks to fix the major texture issues.  I worked with Bigdaddy in the beginning to help me fine tune it.  After working on it i decided to just replace the entire model itself.  So i made a new box for it and cut the pipe and crusher wheels off existing giants equipment.  I continued to tune it after that.  I asked BDBSSB for help on some texturing and he kindly helped me get the new box textured properly.  I then had him help me add a motor and wiring, and also had him add in new frame attacher options based on attachment type you want to use.  After that he helped me do some final tuning in the xml at which point there was nothing really left of the original xml file as we had redone 95% of it.

We decided to dedicate the mod to a fellow mod maker named Maverick74 that has made maps in fs17.  We have not been able to get ahold of him in the last 6 months so it was decided then to dedicate this new mod to him.  Though we hope nothing has happened to him.

The stump grinder is on the bottom of tree maverick.  if you lower it enough you can just drive forwards to grind the stump without having to lift the machine.

You may only provide a review once you have downloaded the file.